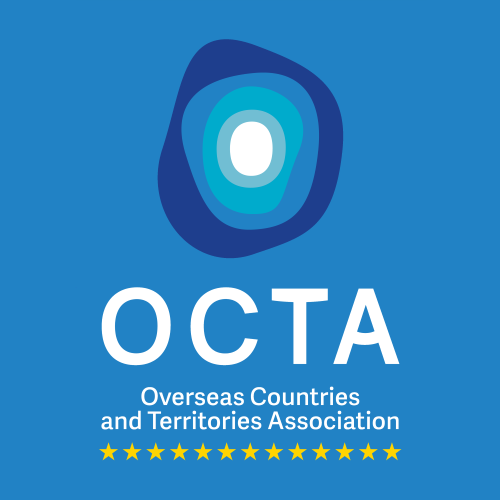 The Overseas Countries and Territories Association of the European Union (OCTA) was created in 2003 and is registered as a non-profit organisation in Belgium.

Overseas Countries and Territories (OCTs) of the European Union depend constitutionally on three Member States: Denmark, France and the Netherlands. Although the OCTs do not form part of the EU territory, they are associated to the EU with the Overseas Association Decision (OAD).

OCTA serves as a platform through which the OCTs of the European Union realise their common goals by working collectively through cooperation, policy dialogue, promotion of common positions and partnerships for the sustainable development of OCTs. Therefore, OCTA aims to promote the collective interests of the OCTs. Especially, its vision is for all OCTs of the EU to be on a path of sustainable development, whilst projecting their natural environment, by promoting economic and human development through cooperation with the EU as well as with regional and global partners. The Association is carrying out studies and other projects in this direction, such as studies on the Blue Economy or on Energy, or webinars such as the Biodiversity Strategy for 2030.

OCTA also contributes to enhancing OCT access to horizontal budget lines and programmes by providing centralised assistance to OCTs in this area.

OCTA’s highest decision-making organ is the Ministerial Conference which consists of the representatives (Heads of Government or delegates) of each member government. It appoints a rotating Chair who is the head of the organisation and elects an Executive Committee whose task is to manage the activities of the association. A Secretariat based in Brussels implements the activities.

The 13 members (OCTA is in the process of the withdrawal of the UK OTs. Thus, the association will be of 13 members) of OCTA are: Aruba, Bonaire, Curaçao, French Polynesia, French Southern and Antarctic lands (TAAF), Greenland, New-Caledonia, Saba, Saint-Barthelemy, Sint-Eustatius, Saint-Pierre-and-Miquelon, Sint-Maarten and Wallis and Futuna.