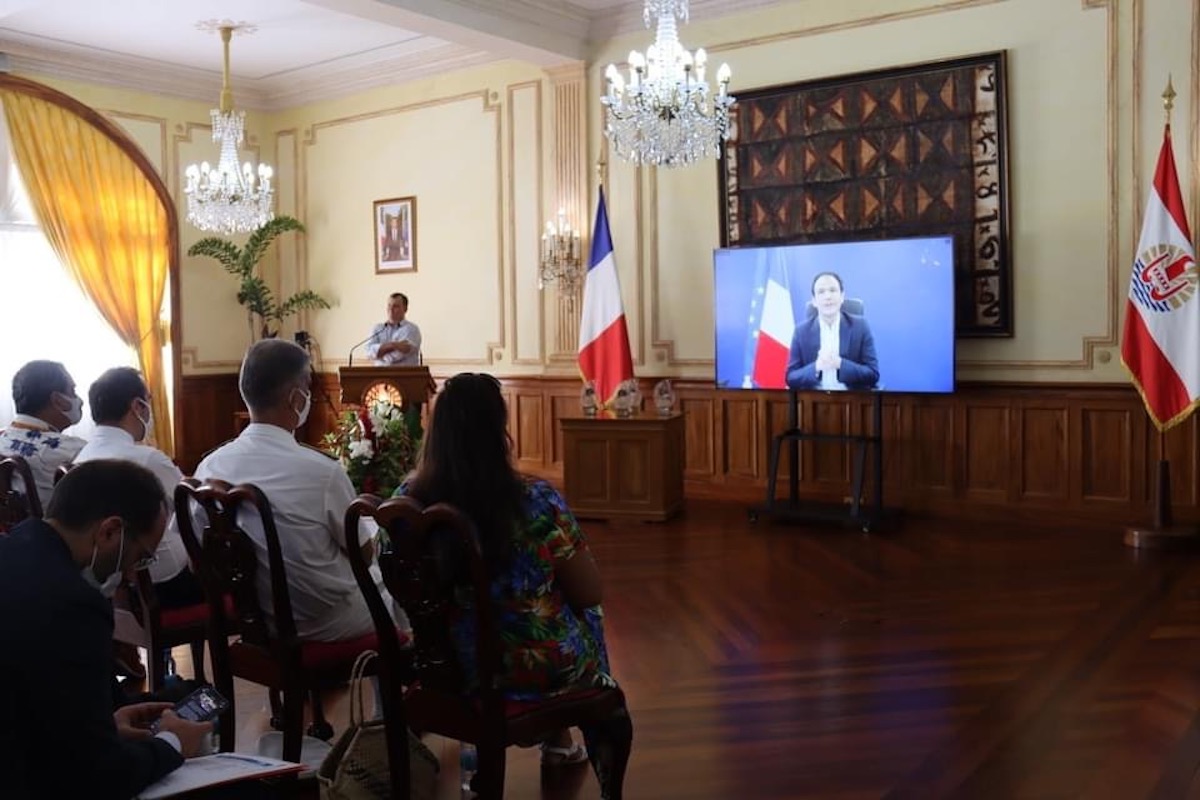 The official awards ceremony of the 2nd edition and the launch of the 3rd edition of the international Tech4Islands Awards competition, in the presence of the Minister of Overseas Territories, Sébastien Lecornu, gave the measure of the global scale taken by the Tech4Islands dynamic. In the words of Cédric O, the Secretary of State for the Digital Transition, Tech4Islands has become a "Real brand" and a way to promote solutions capable of responding to today's challenges.

The trophies of the second edition of the Tech4Islands Awards competition were presented to four laureates by the Minister of Overseas Territories, Sébastien Lecornu, in the presence of Cédric O, Secretary of State for Digital Transition, by videoconference from Paris. "Just by your two presences, Tech4Islands has taken on a notable importance", greeted the President of French Polynesia Édouard Fritch.

The Tech4Islands Awards, the only global competition for innovation by and for islands for solutions “good for islands and therefore good for the planet”, counted 186 applications submitted from 37 countries and territories around the world for their second edition. Launched in March 2020 as the whole world turned in on itself, faced with the unprecedented situation of the Covid-19 pandemic, the competition widened the horizon which seemed to be narrowing.

"Tech4Islands is becoming an important movement to develop the use of technology to solve today's problems", underlined Cédric O, for whom, Tech4Islands is now "A real brand". And also a breath making it possible to recall reality vis-a-vis the doubts which propagate on the contribution of technologies.

Because not only do these initiatives respond to concrete problems but they also create jobs: “We have enormous social, societal, environmental challenges. We need a lot more innovation without increasing our energy consumption. Be more efficient and allow everyone to acquire a better quality of life. These startups have created no less than 5 jobs on the islands. We need them, in all territories. The State will continue to support these communities and to work on this question of innovation ”, assured the Secretary of State for the Digital Transition.

"The overseas territories have many nuggets"

Tech4Islands Awards also allows Overseas France to show off its talents: "The overseas territories have many" nuggets ", young people motivated to undertake, create, innovate, share as long as we support them and that we value them ”, clarified Édouard Fritch in his speech.

The development of innovative and digital projects is all the more relevant as Polynesia is far from major continents and therefore from major economic markets. We go up to speed "Big V" was enthusiastic the Minister of Education, modernization of the administration, in charge of digital, Christelle Lehartel.

Moreover, for Olivier Kressmann, president of La French Tech Polynesia, the Tech4Islands Awards are a real " Eldorado ". “Young Polynesian entrepreneurs can test themselves on our needs: health, circular economy, energy, digital divide… with a capacity to rebound in foreign markets that we could never have imagined! "

The link between island impact and global impact is now inseparable. The solutions by and for the islands are ultimately applicable in all territories where the challenges of adaptation to climate change, resilience, improvement of daily life, challenge all populations.

"The challenges have always made the island peoples innovative, pioneers and demerdards"

Minister Sébastien Lecornu recalled a Pacific Islands Forum 4 years ago where there was talk of a digital transition: “There was then a lot of talk and few acts. There, I see the road traveled. "

But for him, it is not surprising to see the overseas territories carrying this innovation revolution: “It is true that in the insularity, the taking of risks and the challenges have always made the island peoples innovative, pioneers and shrewd, to put it very directly. This is especially true in the relationship to the sea. It is especially true in making great strides in the history of the Pacific peoples. And we may have forgotten that for 20 or 30 years. But again, with the digital transition, we are getting back to this story. "

This awards ceremony of the second edition of the Tech4Islands Awards competition was a "Moment of digital initiative" which seduced the authorities of the Country and the State and made the pride of President Édouard Fritch "Happy that French Tech Polynesia is at the heart of innovation".

During this ceremony, the four laureates received their prizes and the third edition of the Tech4Islands Awards was officially launched. The themes chosen for 2021 highlight a technology at the service of populations and ecology.

Meet at Tech4Islands Summit Tahiti which will take place from October 21 to 23 at the Presidency of French Polynesia to discover the innovative solutions of the candidates and the winners! 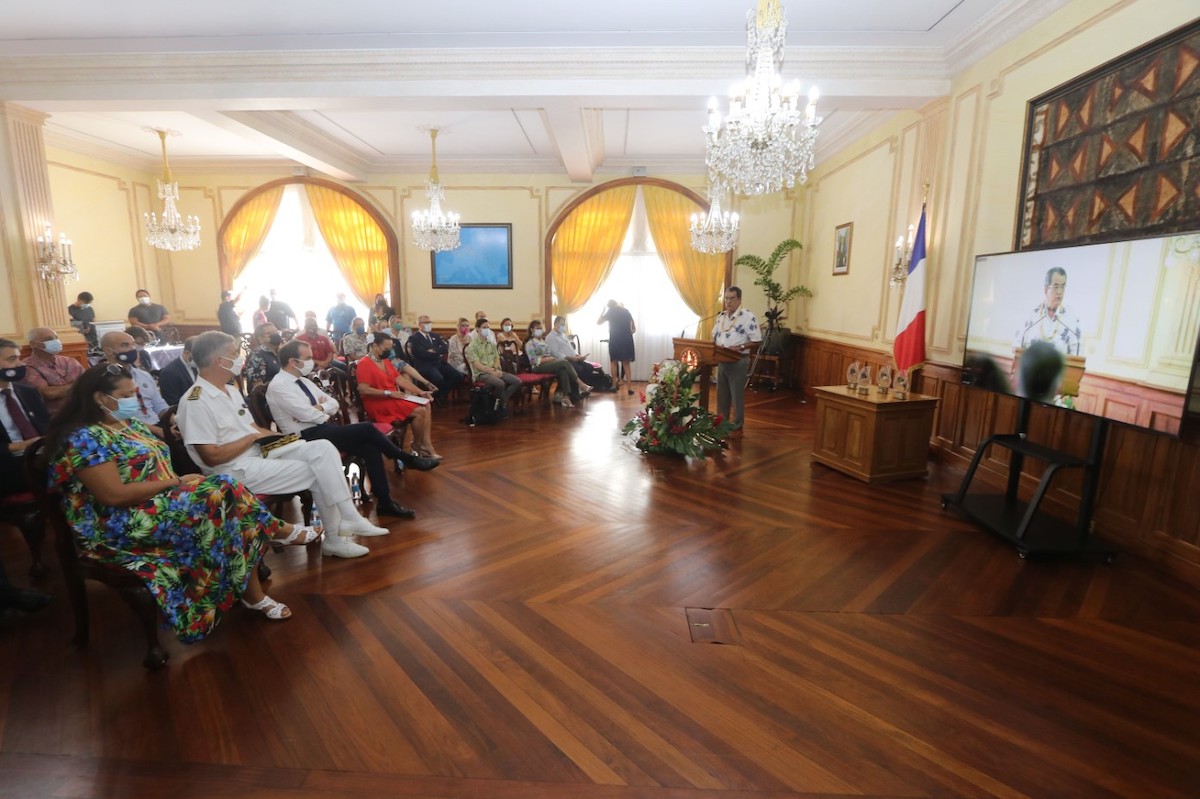 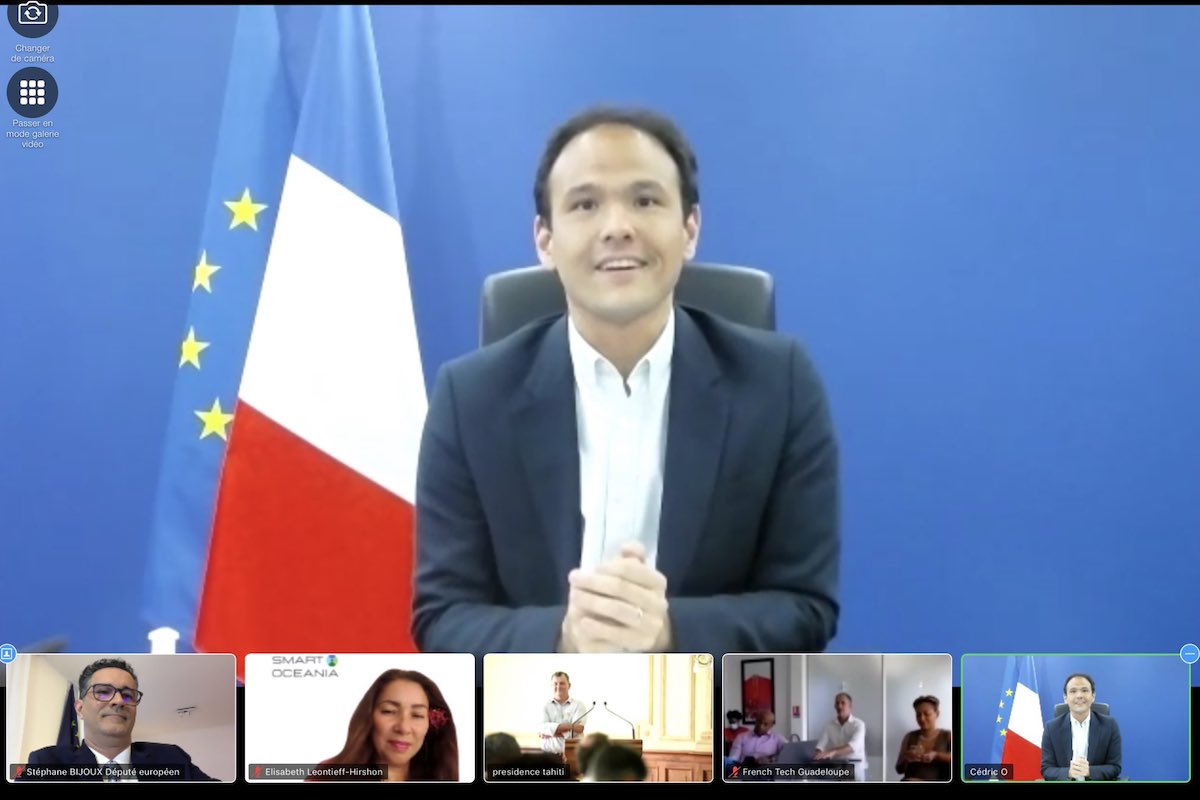 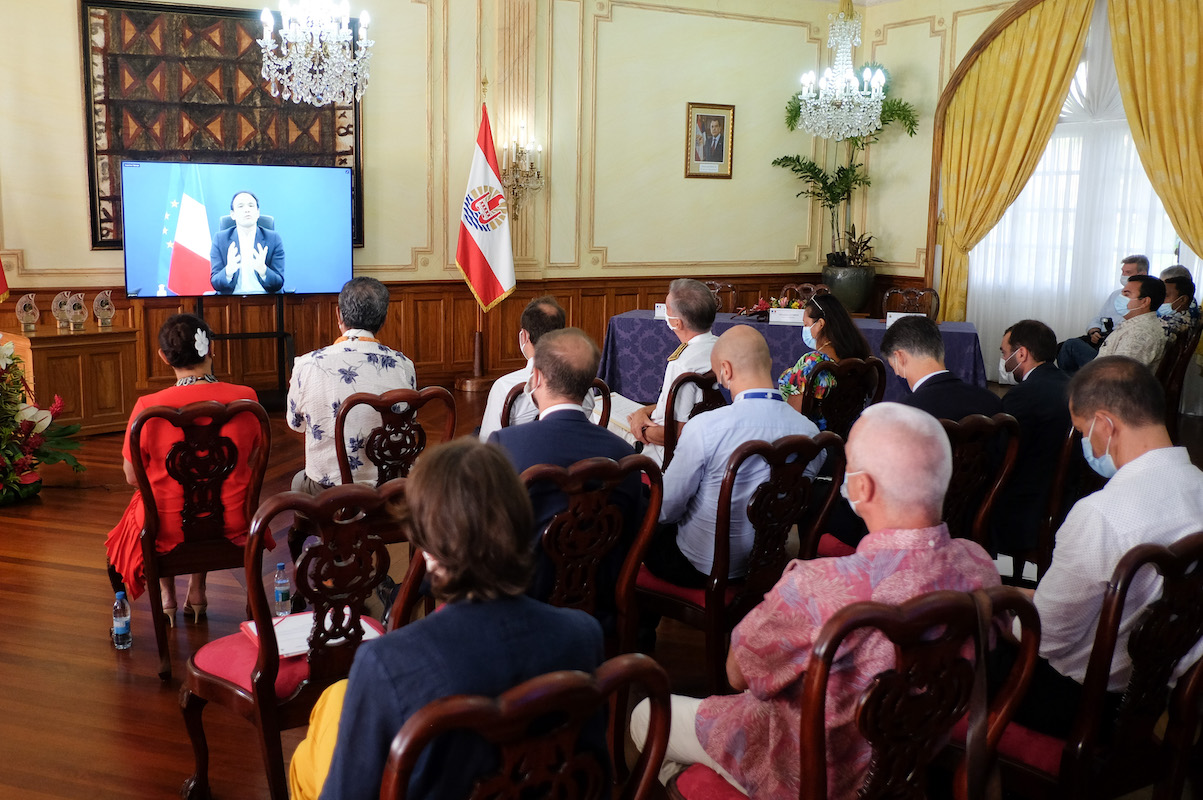 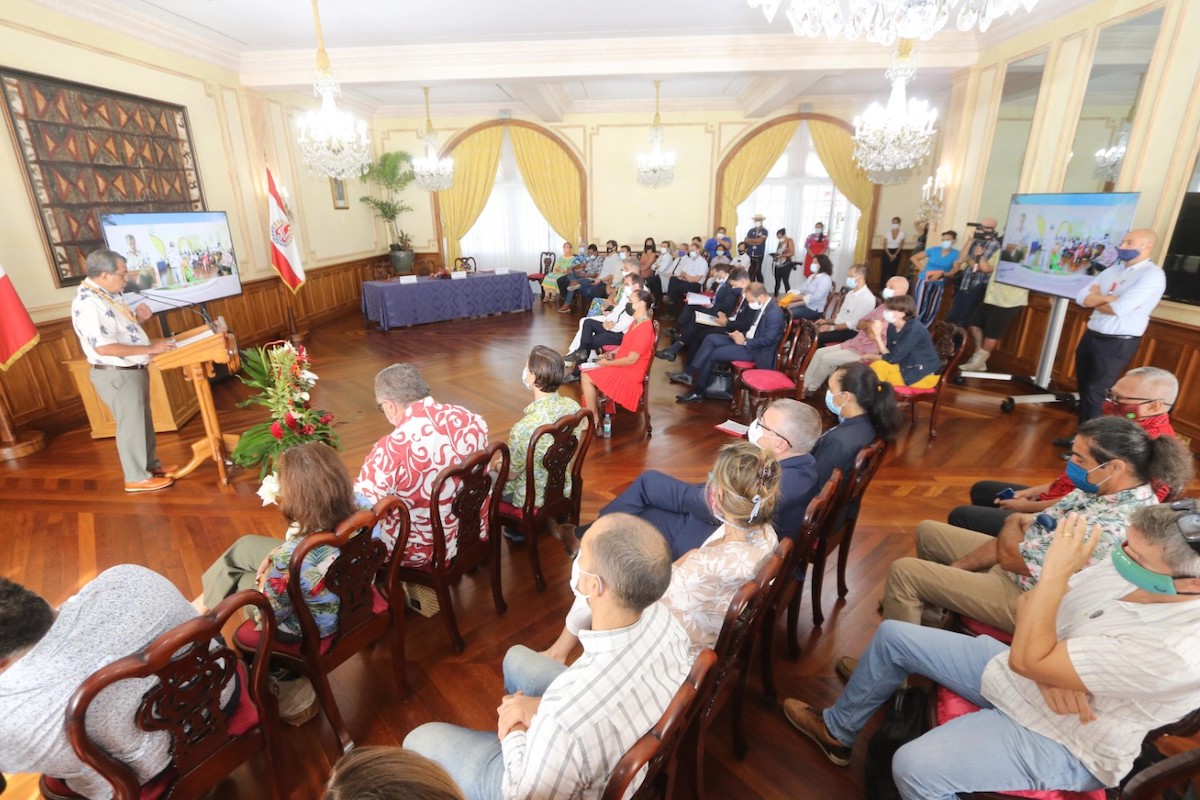 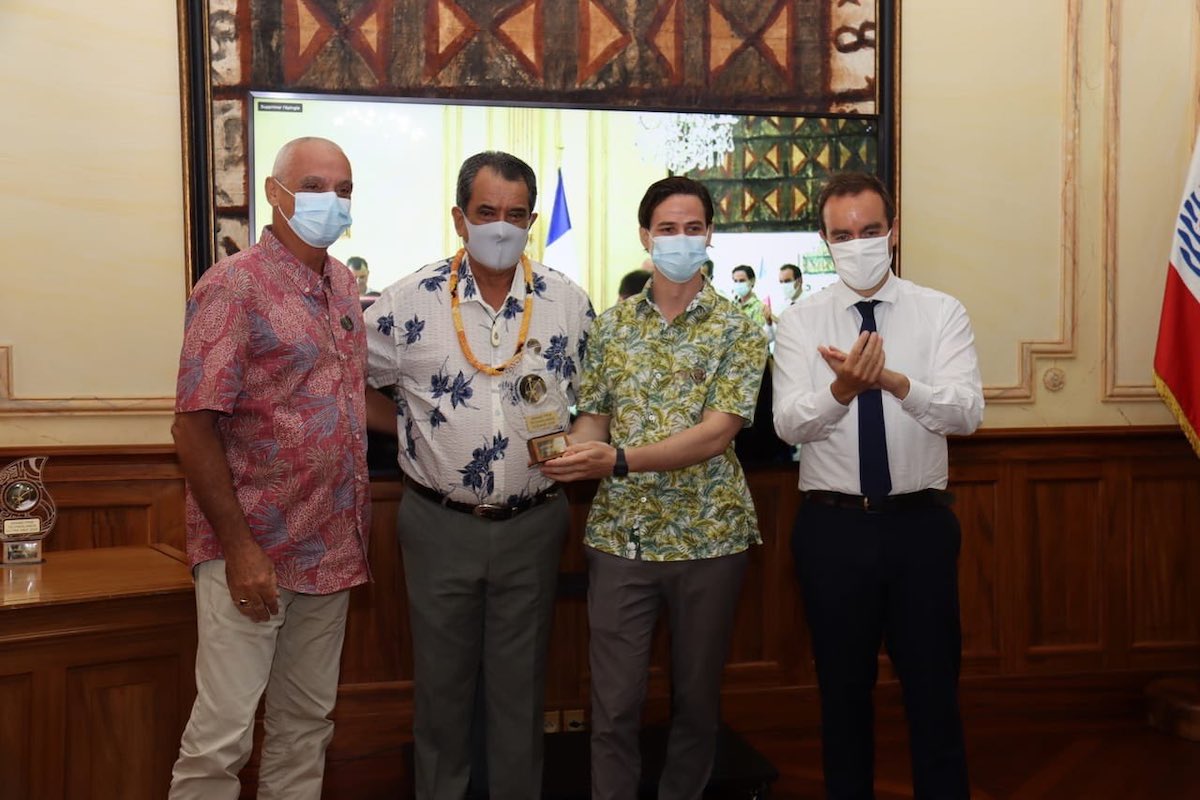 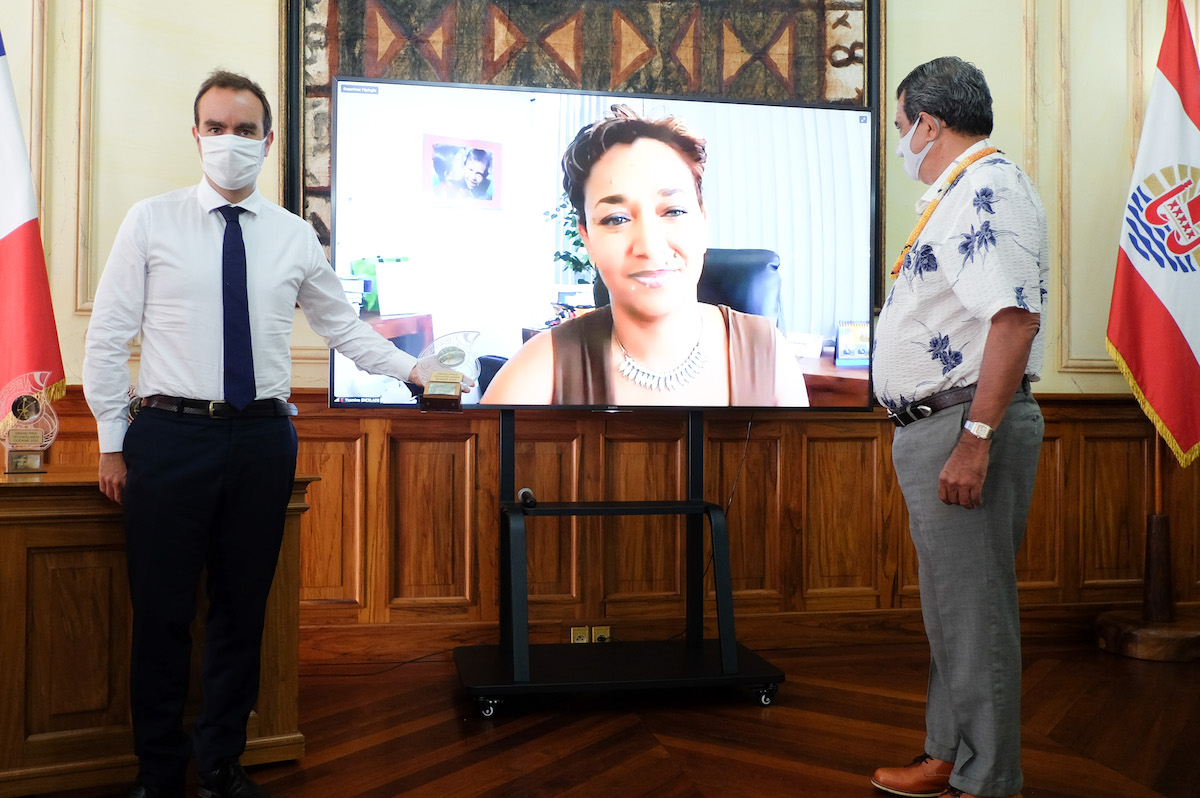 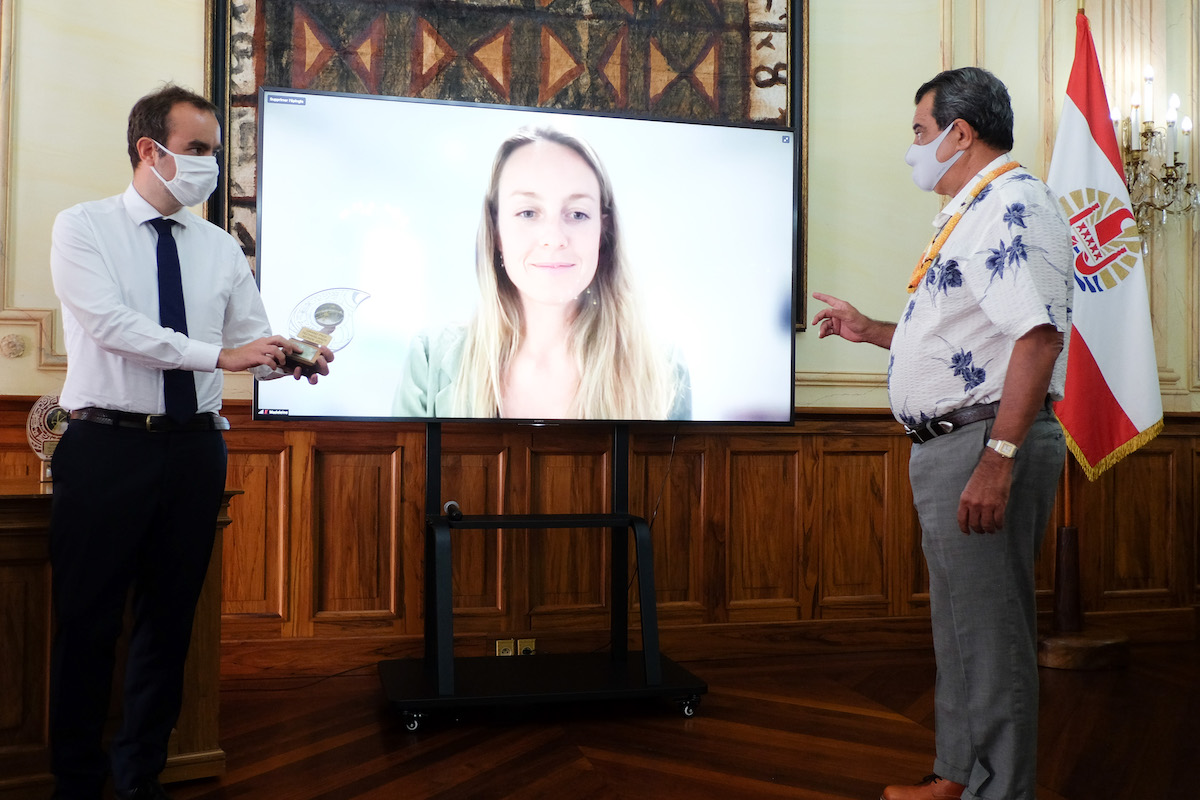 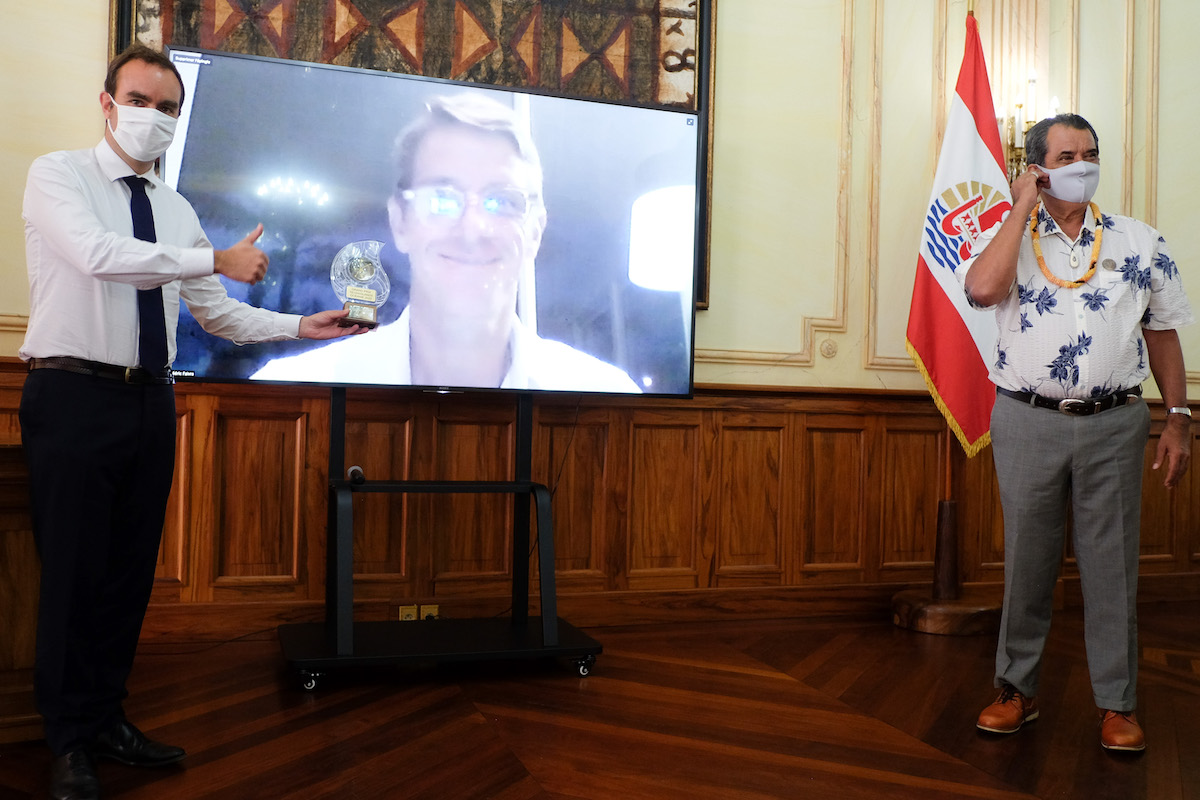 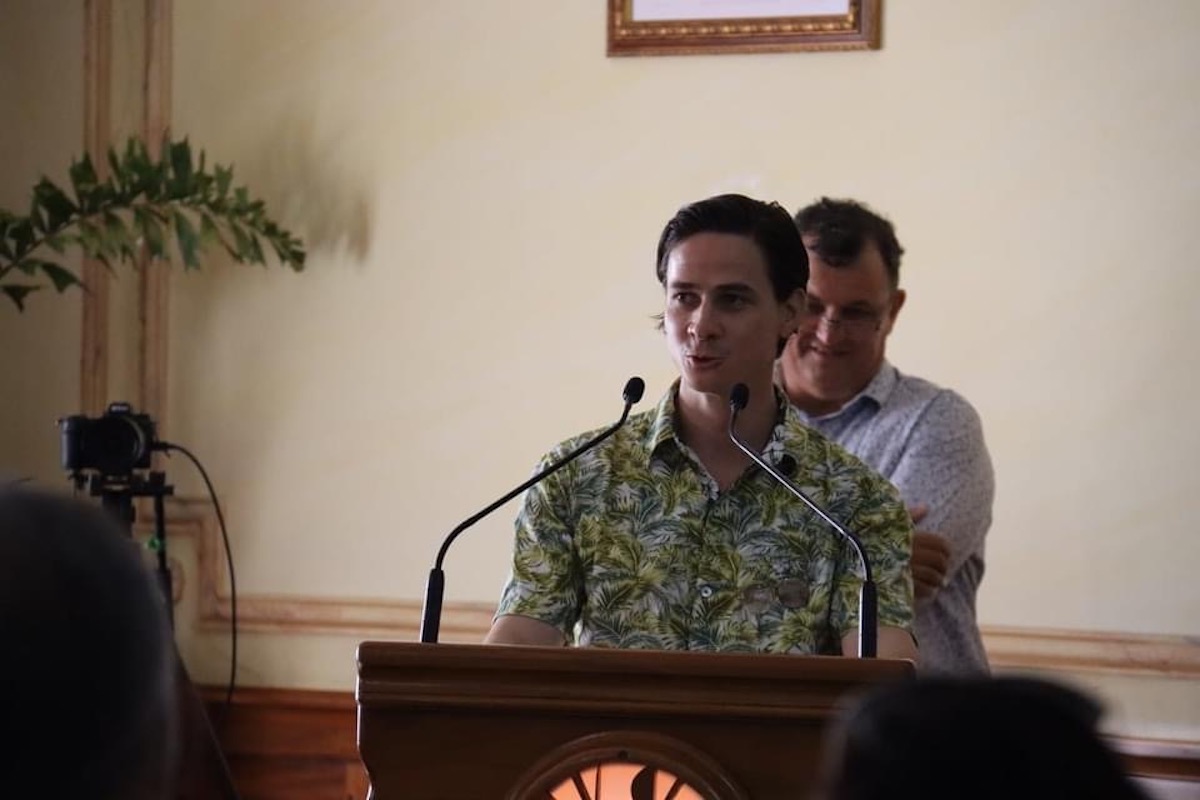 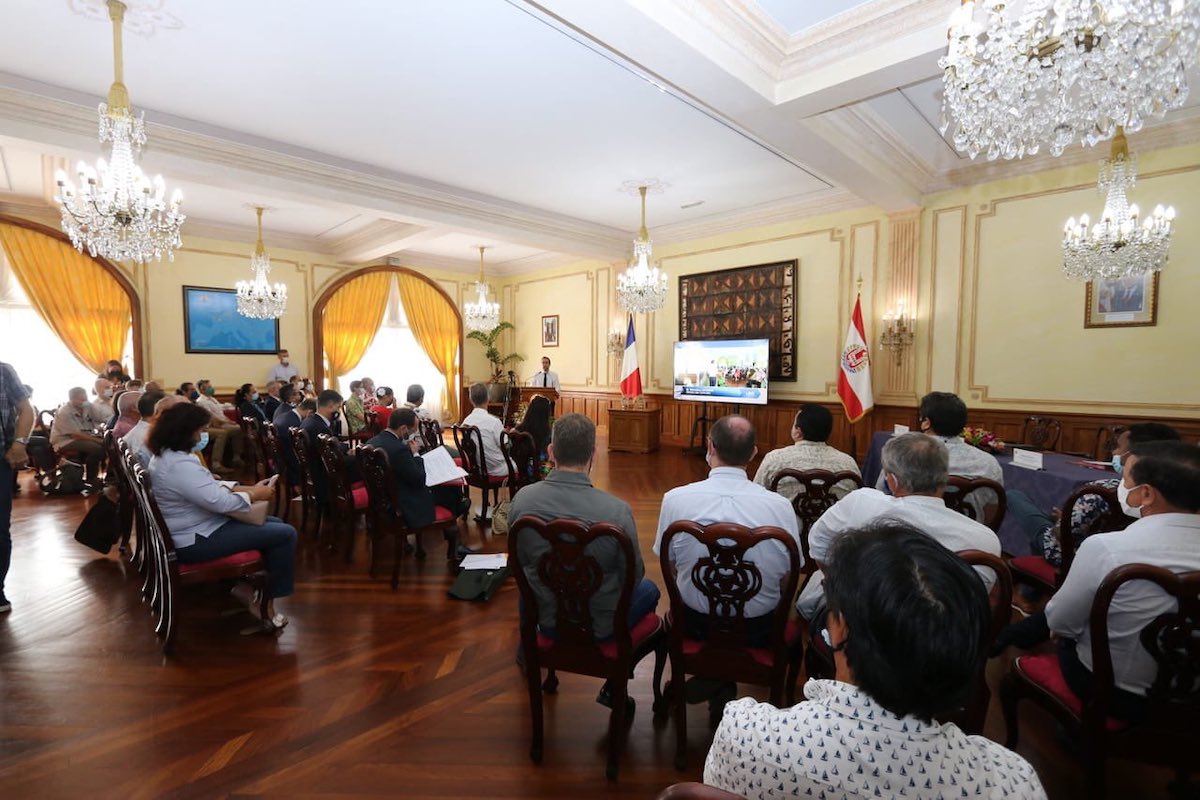 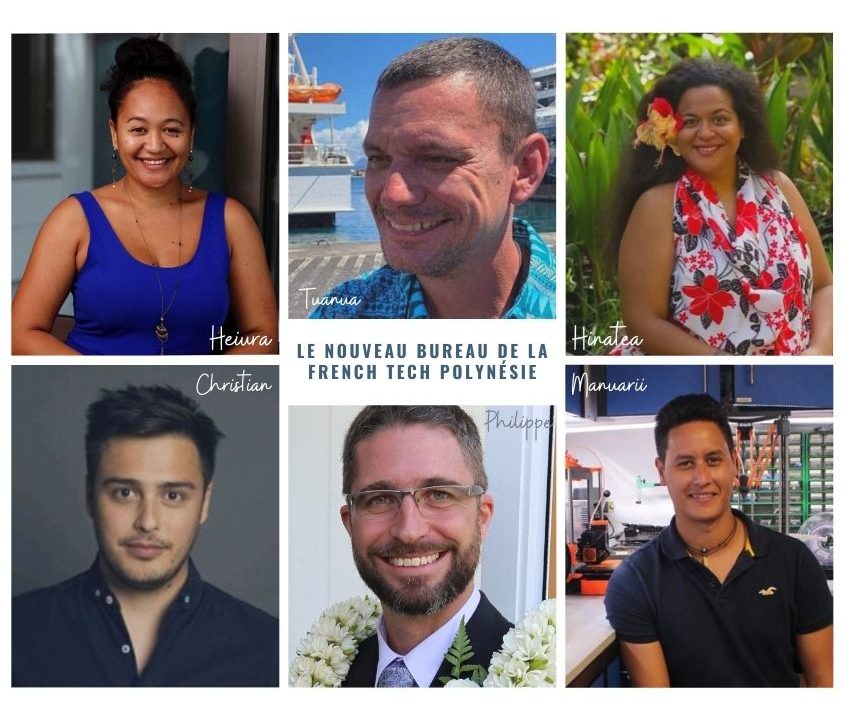 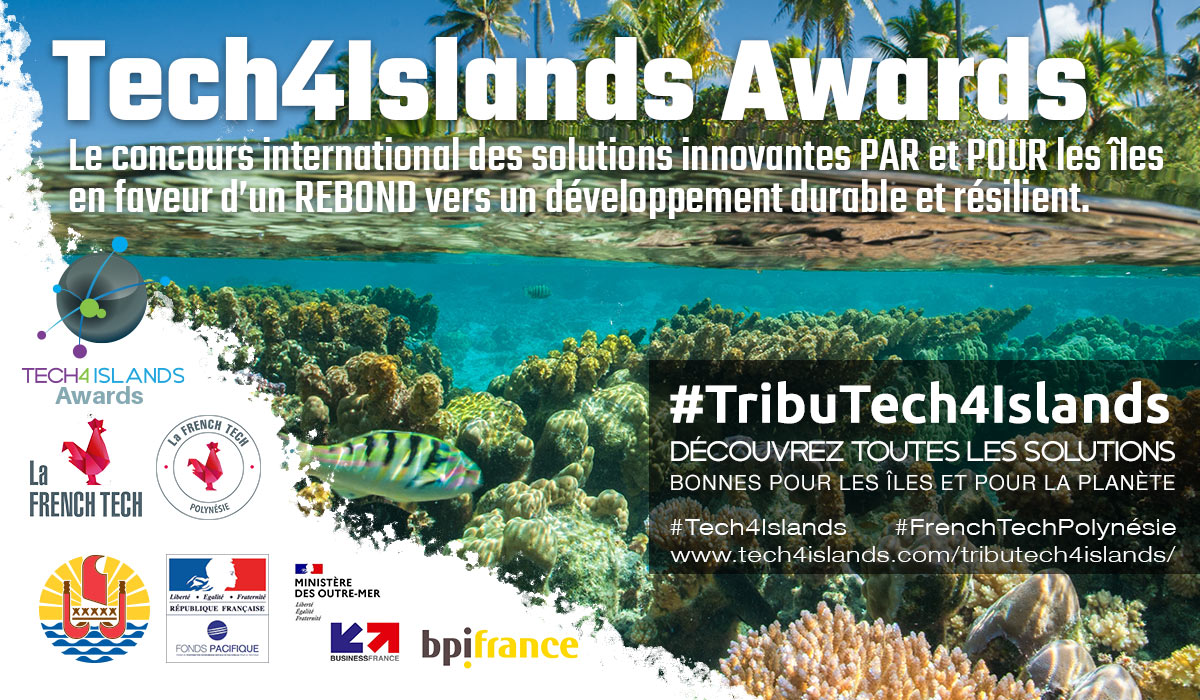